One of the biggest advantages of using the MPG plugin is the possibility to generate filtered lists of data from your Source File. This helps to generate tables of factual content, in-links, etc. The most popular example would be generating a clickable list of all states in a country or cities in a state.

To do just that, we will: 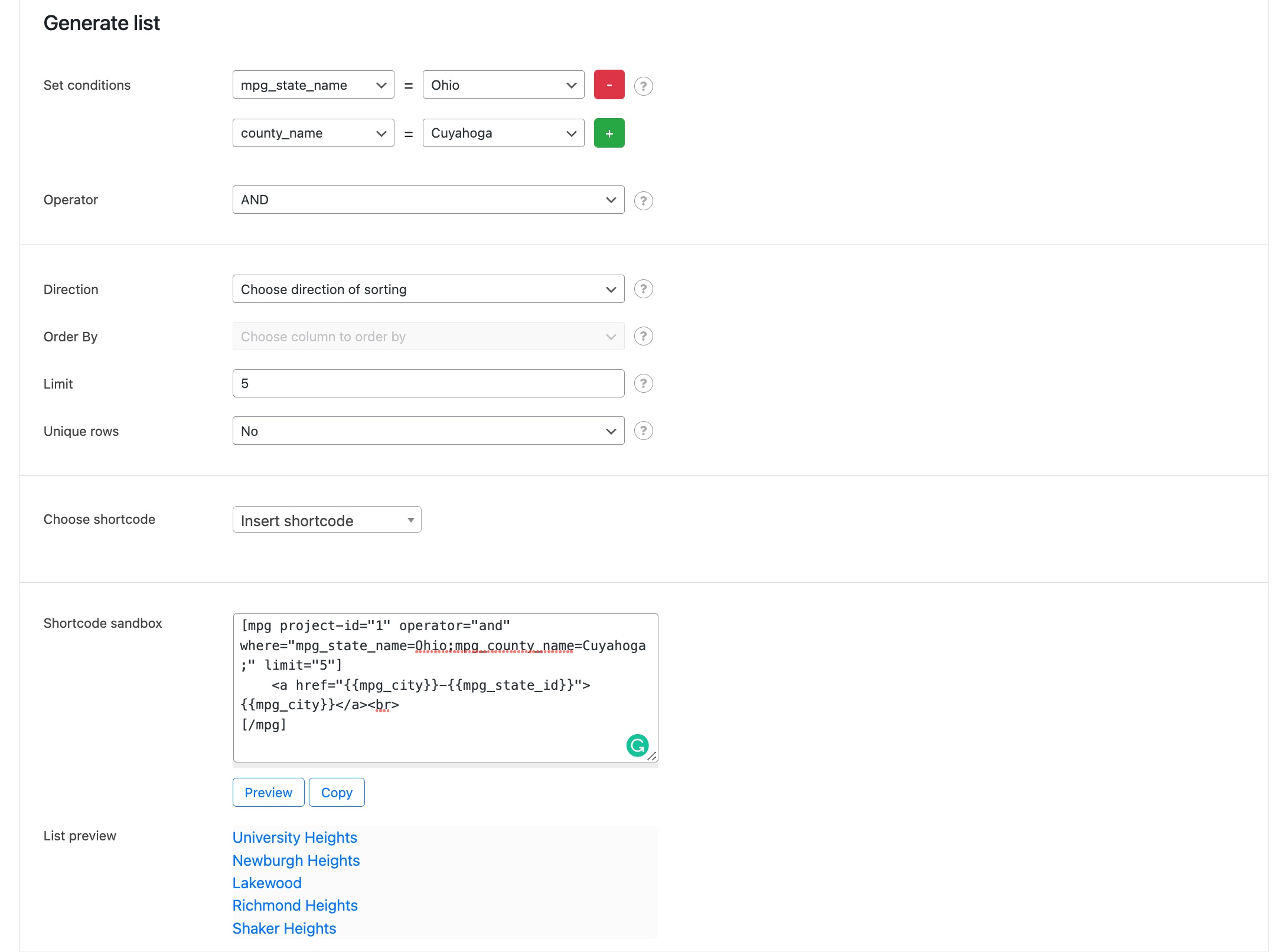 There are many ways to customize the list by:

(required, integer) – uses the project ID from which data is retrieved

Used to specify filter conditions of the generated list. A static text such as “California”, for example, or a shortcode such as {{mpg_state}}. Regular expression syntaxis can be used in the PCRE format.

Used for specifying additional conditions for where. Examples:

(optional, string) – allows specifying a column from the data source file to sort by. Used paired with the 'direction' attribute.

(optional, string) – allows specifying one of the three sorting options:

(optional, string) - possible values: "yes" or "no".
Default value "no"
Use unique-rows="yes" in case, you would like to have no duplicates in the shortcode response.

For example, if the source file contains 100 rows with city New York, and you render list with cities, unique-rows="yes" attribute will skip duplicate rows, and render just the first row, instead of 100

For further help, you can watch this short tutorial video showing how you can create links for your generated pages:

Did this answer your question? Thanks for the feedback There was a problem submitting your feedback. Please try again later.
Last updated on July 8, 2022